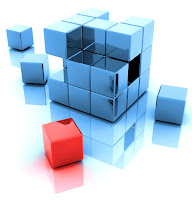 Down Loadable Content (commonly abbreviated "DLC") has become an increasingly popular addition to the gaming industry. Aside from extending the life of a particular title it also offers a chance for publishers and developers to squeeze a little more profit out of their franchises. Recently DLC has also been used as a means to combat piracy in the form of free additional content to those who purchase a game through legitimate channels. A strategy which, I might add, is much more rewarding for gamers than the restrictive and largely ineffective DRM schemes that are all too often employed.

So, based on the above DLC seems to have a definite future in the gaming industry, right? I would say "yes" under the condition that gaming companies continue to innovate DLC in ways which benefit the people who play games. Particularly, if developers take the basic concept of DLC and run with it a bit further we could see some very interesting changes in the not so distant future.

Take for example the first DLC to be released for Mass Effect 2. Put simply it adds a new vehicle to the game which for some people is a bonus and others an unwanted nuisance. The nice part is because the content is offered via DLC players can choose to include or ignore this particular part of the Mass Effect experience. I believe that this is a clever idea because much of the controversial content in gaming titles such as vehicle segments, quick-time events, side quests, turret sequences, rhythm mini games and so on tend to be the fiddly bits of gaming that players either love or hate. Such features should be offered in the form of DLC because the game can then essentially become modular in nature. Allowing players to tailor the gaming experience to their liking, albeit in a limited way.

I think it's safe to say gamers like choice so why not go one step further still and split the single player and mutiplayer experience into two separate components which can function independently of each other? Let's face it some gamers only buy games to play on-line with their buddies, other prefer to only engage in the single player experience, and there are those who like both. So, why not let each gamer pick the arrangement they like best?

Of course there are a lot of pitfalls. We've already seen them in the form of "day one DLC" and it's ugly twin "content that is already on the disk (you just pay to unlock it)." Worse yet is DLC which is buggy, under-polished or simply doesn't bring anything interesting to the game. At the very least DLC needs to be cheaper than it is now, but despite this there is the potential to allow gamers to customize their games the way they like. Modularity in gaming could offer a lot if done right. For the good of the industry let's hope there are some developers and publishers out there that figure out how to make it work.
Posted by Casey Goddard at 6:41 PM No comments: