There are a lot of video games coming out these days. Rarely more than a week or two will go by without the release of at least one triple 'A' title. Many gamers like to complain that they don't have enough money to purchase all the games they want to play. Personally, I don't have that problem. Not because I'm rich (although I wish that were the case), but rather because fewer and fewer games grab my interest each passing year.

You might be inclined to say that I've become burned out on gaming, or that games are better than ever now they just don't jive with my nostalgia coated view of what good games are. Well...maybe, but I'll try to justify my views by presenting a list of 9 games (I don't do that top 10 crap) that I think would be great: 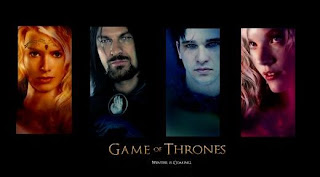 In case you don't know A Song of Ice and Fire series is the best selling set fantasy novels since Lord of the Rings. It's also getting a TV adaptation which takes it's namesake from the first book in the series, Game of Thrones. I could write pages about the setting, but I think this summery (courtesy of Green Ronin Publishing) does a better job than I ever could:

"Song of Ice and Fire is about Machiavellian court politics, family alliances and enmities, the rise and fall of kingdoms, and the clash of armies. But it is also about honor and duty, family tensions, the responsibility of leadership, love and loss, tournaments, murders, conspiracies, prophecies, dreams, war, great victories, and terrible defeats. It’s about knights, both false and true—and it’s about dragons." 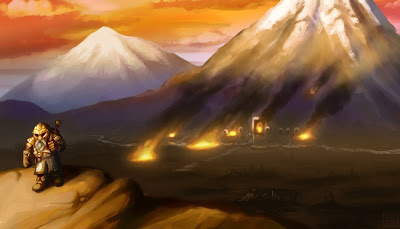 Now I know what your going to say Dwarf Fortress exists and to that I would say your right. But what this game could really use is a good UI and while the graphics have a crude charm it would be nice to be able to view things in ways other than 2D horizontal slices.  A lot of the heart and soul fans pour into this game is lost because of the technical hurtles. 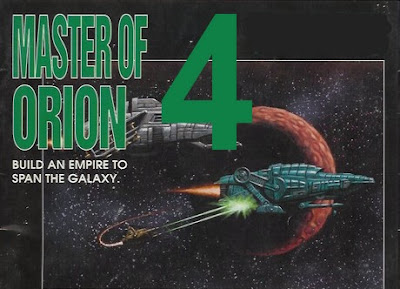 Think about it. The fourth game in a 4X series of games. If your a numerologist it doesn't get any more prestigious than that! I could write a lot here, but instead check out this link. It will give you a good idea of just how awesome this game could be.  At the very least I'd like to see some talented developer pick up this franchise and try giving it new legs.  It's happening for the X-com games so why not a space themed game not so different for the oh so popular Mass Effect series? 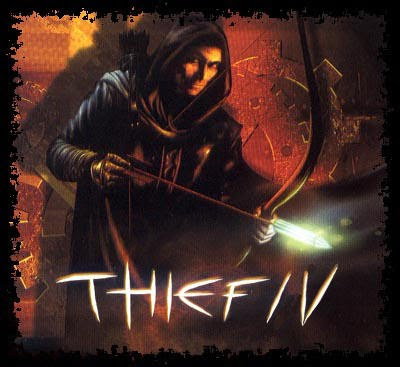 No, none of that l33t speech 'THI4F' crap, I'm talking about a proper sequel to this dark and moody stealth game. Rather than seeing yet another Assassin's Creed why not give Garret the royal treatment he's been trying to "acquire" his whole carrier. Let's just hope the rumors of it being set in the present day are false. The single coolest thing about the Thief series was the aura of mystery a dread that it exuded. When you consider the first three games took place entirely in one city it's not hard to imagine transporting the main character to other locals.  If you ever read the novel "The Lies of Locke Lamora" by Scott Lynch you'll know this kind of game is far from worn out when it comes to potential. 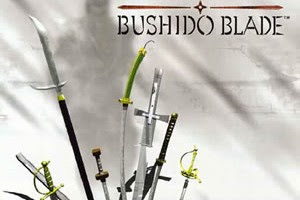 Tekken, Mortal Combat and Street Fighter (versus SNK) have all gotten the HD upgrade, but I still have not seen or heard anyone talk about my personal favorite fighting series, Bushido Blade. Don't know jack about this game? Three words for you 'One-Hit-Kills'. Well that's not entirely true, getting hit in the arm or leg with a blade just renders that appendage inert. Unsurprisingly combat is fast and tense (not to mention fairly realistic).  Deadliest Warrior games could be called spiritual successors to this franchise but much like the TV show it didn't appeal to me.

RTS titles have never been my forte, but there's something about the concept of Persians in Space that is incredibly cool to me. Note that it doesn't necessarily have to be exactly like the previous two titles. Outer space is a big place. There is a lot you can do with it. 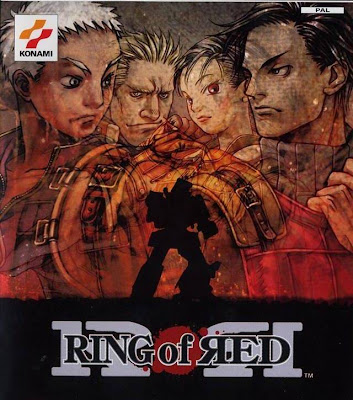 Nope, not the Xbox360 error. This is an old and very obscure title for the PS2 which thankfully got a re-release on PSN. Think Front Mission or Armored Core but with cruder technology. For example the walking tanks in this game really are like WW2 tanks in the sense that they are powered by diesel engines, must stop to fire accurately and are predominantly armed with machine guns and cannons. Plus there's a lot of in combat emphasis on the crews who man and support the individual armored fighting walkers, providing field repairs, Anti-personnel/anti-armor support in addition to custom types of ammunition (Illumination, Armor Piercing, Smoke, Gas Fragmentation etc.). If you've never heard of it, check it out. Ring of Red is one of those earlier (and overlooked) PS2 gems that deserves another shot with current generation graphics and sound. 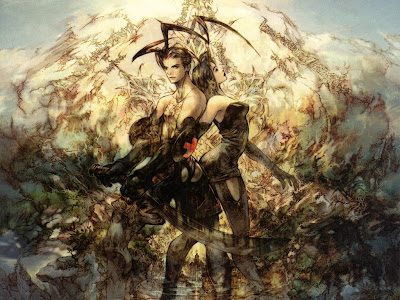 Vagrant Story is one of those games that could never be fully realized because of limitations set by the PS1 hardware. None-the-less it was an impressive title which can't easily be placed into any particular genre due the the variety of mechanics the player is expected to perform, rhythm mini-games, exploration, platforming, puzzle solving, item crafting, as well as a number of RPG elements. It had a little bit of everything. With a few tweaks, voice acting, and hi-res texture this is one game that screams remake on the  Havok physics engine. 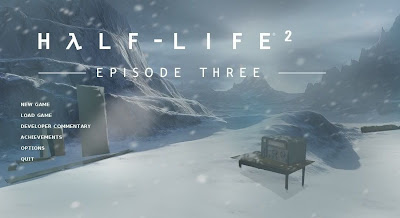 My final and obligatory entry on this list...come on Valve, just make the damn game already! It's not like you have to make a full game. It's just the last episode in a series. What? You want this to be the the next Duke Nukem: Forever?  No, those teaser bits in the Portal games aren't enough.  I want to know who the G-man is and the ultimate fate of humanity.  Plus, give us a real boss fight at the end.
Posted by Casey Goddard at 7:42 PM No comments: 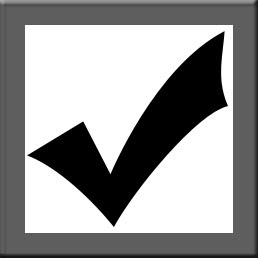 Sounds like it has something to do with the city of Los Angeles and the European Union, but that's not actually what it stands for (just my uninformed guess). Apparently it means "End User Licence Agreement" or to put it more simply a software licence agreement. It's that legal crap you have to read whenever you install a piece of software on your PC. Although for some reason most console games make no mention of it. Not that it would be understood by most gamers.

I recently had to install the latest firmware update on my PS3 to go online. A rather tedious process which started off mildly amusing when I read the version number (3.60). Dumb number joke aside once the installation was finished the EULA came up and...seriously...the thing was a massive amount of text. I think it would have taken me an hour more to read and understand everything, let alone remember it all. I can't imagine most gamers in their teens able to make much sense out of all the legal terminology. They really need to break these things down into a short list of easy to understand bullet points. Worse yet it seems like the PS3 operating system coders realized that no one would actually take the time to read an EULA and conveniently made it possible to skip it without even having to scroll through the text. Just click "Accept" to move on. Yet we're supposed to be held accountable for all that?

Here in lies the problem. When you consider that even United States judges don't bother to look over an EULA then why should anyone else? These documents aren't exactly quick reads that are easy to fully grasp. Even someone with a profession background in law would probably want to ask a corporate representative about the fine print. Not that you can request for any of it to be changed. Worse yet most companies reserves the right to alter any part of the agreement without your consent or even a warning. Not surprising the entire legality of an EULA is debatable, partly because no United States court has ruled on the validity of an EULA. None-the-less big game publishers like Electronic Arts and Activision can and do use the EULA to enforce their will.

Time to start pirating, you might say? Time to not buy any EA or Activision games, you might also say. I've heard that some gamers even buy legit copies of games like Dragon Age 2, but then never open them. Instead they play a pirated copy of the game so they don't have to deal with the EULA. I can't say any of these strategies are bad. But what really needs to happen here is the writing of some new ground rules by gamers and developers (not publishers though because they're just parasites) as to how things are done in the game industry. Maybe everyone won't get exactly what they want, but then again neither did everyone at the signing of the Constitutional Convention.
Posted by Casey Goddard at 10:30 PM No comments: 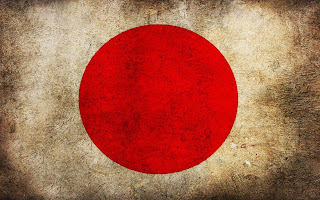 Oh how the mighty have fallen. Capcom, Square-Enix, and Konami all struggling to make a profit. In the light of lackluster sales figures the talk on the interwebs is that Japan, with regards to game development is doomed to fade into obscurity. Meanwhile other regions such as Canada, Europe, and the USA are destined to dominate the video game market. Whether you consider this well wishing or a warning it is my firm belief that the time of The Land of the Rising Sun has not yet come and gone.

Looking to the recent past Persona 4 and Demon's Souls stand as examples that the Japanese gaming industry can still produce quality titles. "But what of the future?" you might ask. To which I say Dark Souls, The Last Guardian, and Metal Gear Solid Rising - all innovative titles on the horizon.

Just recently (at the time of the writing of this blog) The Last Story made it's debut in Japan and was well received for its innovative battle system. Now confirmed for an overseas release, Catherine proves that Japanese companies can break the teenagers-save-the-world mold by making a relationship driven story about thirty-somethings, parenthood, marriage and being faithful to a partner all set to a box puzzle game mechanic. Original? Yes. Interesting? I don't know, but I think it's safe to say smaller Japanese developers are trying new things which is essential to survival in the games industry.

If anything big dogs like Activision and EA should take heed of what is going on across the Pacific unless they want their bread and butter titles like Madden and Call of Duty going the way of Final Fantasy.
Posted by Casey Goddard at 5:58 PM No comments: