There are certain enemies in certain games that are a real pain to deal with.  Among those there a small select few that are downright panic inducing for some.  The first time I can remember it happening was when a friend of mine freaked out upon encountering a band of monks in the original Bard's Tale...needless to say it didn't end well for him.  I've heard people online claim that the psychic monkeys in System Shock 2 or headcrabs in Half-life 2 trigger a similar reaction, one of primal fear.  While I've never been all that upset by any particular type of video game enemy, there are a few that I have learned to dread.  Here's three in particular... 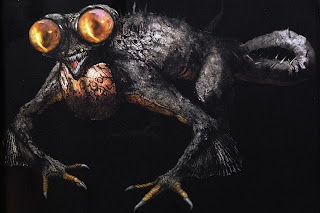 From Demon's Souls to Sekiro, Hidetaka Miyazaki has a knack for creating monsters the get under your skin (figuratively, and sometimes literally...).  The "winter lanterns" in Bloodborne can kill the player's character simply by holding line-of-sight with them for a short period of time.  Personally though, I feel like that enemy (troublesome as it may well be) is not nearly as bad as the croaking basilisks in Dark Souls.  Normally, when one dies in Dark Souls it's a slap on the wrist, but being struck down by a basilisk results in being cursed - a status effect that does not go away upon subsequent deaths.  It's a pretty big debuff and not easily removed although it does have a few minor perks as well.  Even so, in a game known for its punishing difficulty being cursed is the last thing most players want. 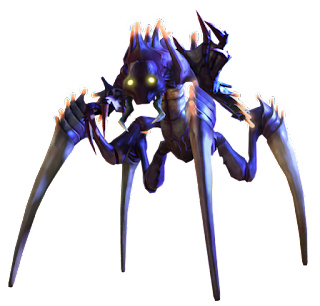 XCOM has earned a reputation for being quite challenging early on.  One of the most difficult parts of the game is the first terror mission involving chryssalids.  Believe it or not there was an even worse kind of enemy in XCOM: Terror from the Deep, the "tentaculat."  Basically a big floating brain with a beak and tentacles, the tentaculat bears a strong resemblance the the "grell" found in the table-top RPG Dungeons and Dragons.  Gameplay-wise, they are tough and have a high movement rate, as well as the ability to move vertically or horizontally.  Their form of attack is identical to a chryssalid's zombification, complete with hatching a new tentaculat upon death.  I had a full squad of veteran aquanauts nearly wiped out  by just a couple of these things...bad times. 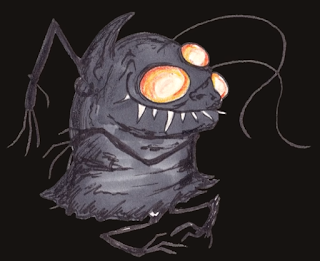 The last example comes from Dwarf Fortress (a game I've been playing quite a bit as of late).  No, it's not the werebeasts.  Yes, those things can destroy an entire fort if proper quarantine procedures are not put into effect, but the enemy that has caused me the most grief is those accursed "bogeymen."  Fast, hard to hit, and likely to ambush the player anytime they travel alone at nigh, I have lost more good adventures to these guys than I care to count.  Needless to say, I'm glad the next version of Dwarf Fortress will be giving them a much less ubiquitous roll in the the game.  Although, it's my understanding that they might be even more deadly...
Posted by Casey Goddard at 1:54 PM